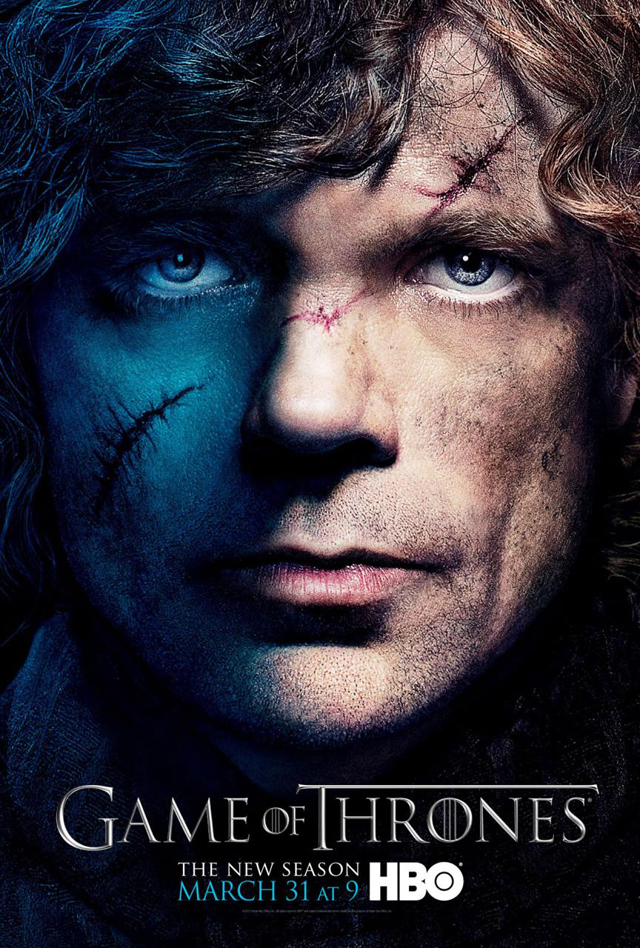 As a Dorne Sex God arrives at King’s Landing,

Snow’s back in Black,

Episode 2 – The Lion and The Rose

Thanks to Ramsay, Theon’s officially broken,

While Melisandre burns souls as a token,

Tyrion’s jailed while Tommen is prepped,

As a champion, Daario’s clearly adept.

The slaves of Meereen break free,

Episode 5 – First of His Name

Daenerys gets a throne of her own,

Episode 6 – The Laws of Gods and Men

Bank funding is what Stannis does seek,

Ploys against Hound and Varys,

Oberyn steps up for Tyrion’s fight,

Daario beds with Daenerys at night,

Hound’s wounded towards the Vale,

Bri and Pod on their tale,

Episode 8 – The Mountain and The Viper

Wildings attack but Gilly is spared,

Sansa’s now in the game,

Ramsay gets a new name,

Viper’s head will not be repaired.

Episode 9 – The Watchers on the Wall

Everything takes place at the wall,

Defend the gate or the North will fall,

Giants come to the fight,

Snow’s lost love makes him risk it all.

Stannis saves Snow from the knife,

And spares Mance Rayder his life,

Daenerys dragons are causing her strife.

But Bran reaches the crow with three eyes,

Tywin and Shae both meet their demise.

So these house-sharing vampire mates Can lure others into similar fates. They can't handle the sun. This film's silly riotous...